MaruGujarat.in 1/31/2014 07:31:00 PM 1/31/2014 07:34:08 PM
Staff Selection Commission (SSC) has cancelled the SSC CGL 2013 Exam for the centers  Lucknow, Patna, Allahabad, Delhi, Jaipur, Shimla and Dehradun. As you know, the organization has conducted Tier I exam on 21st April 2013 and the Tier II exam on 19th May 2013. But the Staff Selection Commission received a lot of reports claiming that the above mentioned centers used invalid materials during the examination. After a deep investigation, the organization has decided to cancel the exam and to conduct the re-exam on above mentioned centers. The SSC hasn't released the exam dates yet. It will announce the complete details soon.

Note : This will not effect to Gujarat's Candidates. 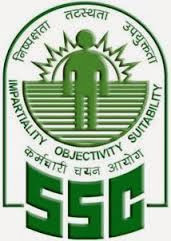