Taking into note the status report Delhi Police filed in the case, that said the SSC CGLE 2013 Tier-I and II exams were leaked from various centres, a bench of CAT members Raj Vir Sharma and Shekhar Agarwal scrapped the examination.

The examination was conducted for recruitment of income tax inspectors, Central Bureau of Investigation (CBI) sub inspectors and excise department inspectors, among others.

The question papers were leaked in 2013 and police arrested 14 people, including a policeman, for their alleged involvement in the case.

In its order, the CAT said that as per the report submitted by police, electronic gadgets such as laptops, mobile phones, data cards and pen drives were extensively used in the examination.

"Answer keys were transmitted via SMSes and emails well before the start of the examination and a large number of people, including those running coaching institutes and candidates participating in the examination, were involved.

"Investigations conducted by Delhi Police revealed involvement of some centres and transmission of answer keys to candidates located at the stations," the order said.

It said the "possibility of further investigation revealing involvement of other candidates at other stations cannot be ruled out as this list given by police is by no means exhaustive.

The CAT order said investigations were also being carried out by the CBI and police at other stations which may reveal involvement of many other centres.

The SSC had earlier said it will re-conduct the examination only in seven cities. But after the CAT's April 23 order, it has to re-conduct the test all over India. 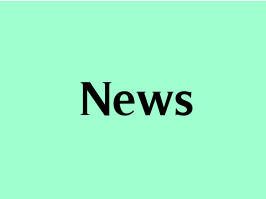